It's already the 20th of July and that means that it is time for the Get Creative card sketch.

As mentioned earlier this month we are sponsored by cherrynest.com.

For my card i used the Pied De Poul as a back round and a Taxidi bingo card.
"Καλο Ταξιδι" in greek means have a good trip. I highlighted the # 7 on this card and it has the following meaning according to the internet:

Seven is a 'special', mystical number, the history of which goes way, way back.
In the 6th century Pope Gregory the Great defined a set of seven negative attributes that must be avoided. He instructed the best way to avoid these sins was to adopt seven positive attributes. The three Theological Virtues defined by St. Paul (faith, hope and love) added to the four Cardinal Virtues (prudence, temperance, courage and justice) give us
the Seven heavenly virtues. 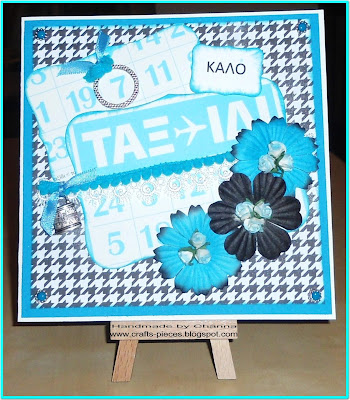 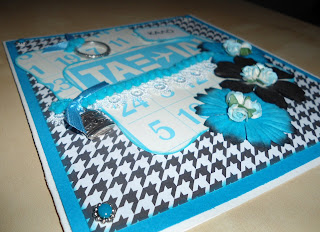 Thanks for stopping by and have a great day!
Channa 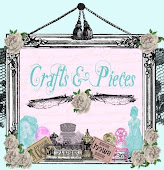 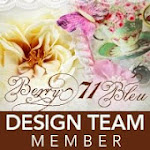